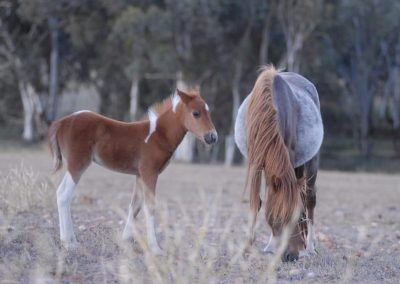 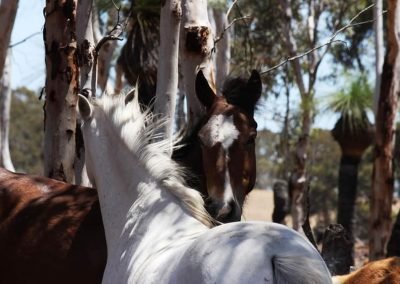 Ponies grooming each other 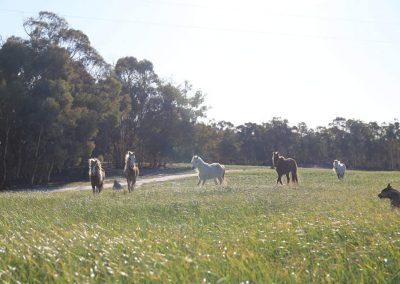 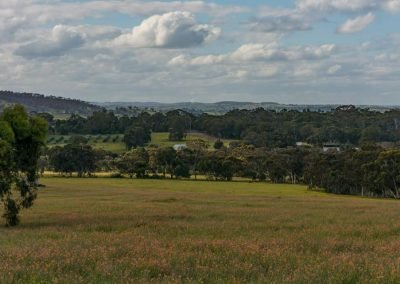 Our Property – our sanctuary

Over a year had passed since we rescued a herd of unhandled healthy ponies, and it sounded like easy maths: 25 ponies plus 12 newborn foals equals a herd of 37 …… until…….

Until we drove over the paddocks one day – and couldn’t believe our eyes: there on his wobbly legs stood a newborn foal, next to his peacefully grazing mum! And then it daunted on me: the ponies that settled in so nicely and seemed to be putting on weight from all the good pasture were actually PREGNANT MARES!

This could only mean one thing: We had missed a stallion!

But wasn’t the vet sure we had castrated all in the herd?

I tried to think back to the day he visited and checked all of them, and remembered when he came to a very small boy with a beautiful red mane (we called him JARRAH) – which he thought could be a stallion already- he told us that this boy’s testicles hadn’t descended and he very likely wouldn’t be able to produce any offsprings. Guess we had to take that back!
Over the next few weeks one mare after the other gave birth again, and all of a sudden our herd showed a lot of sweet little foals with shiny red manes ❤🐎❤.

Originally we had decided to book the vet in to have the little boys castrated at the age of one year, as we wanted to give them enough time for a healthy bone development before we would cut off the hormone production.

I hated the idea of them having to face this procedure but I knew there was no way around it if we wanted to allow them to spend their lives together as one herd.

But now it was clear we had to do this procedure again one more time…….. So we thought 😆😆😆