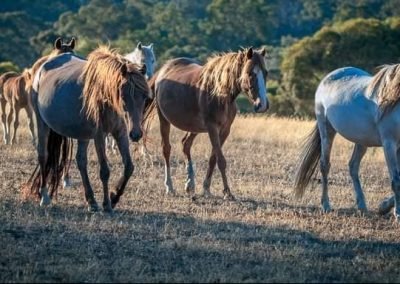 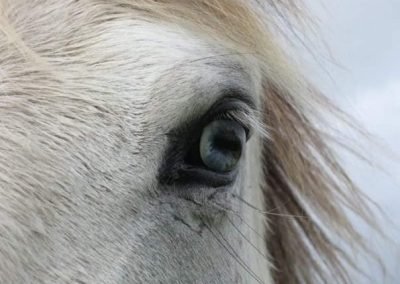 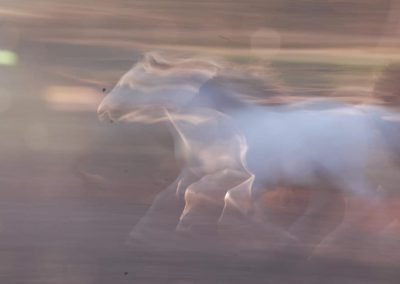 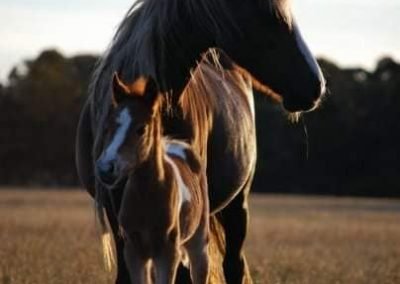 Mum and her foal

Where were we? Right, there I was on Friday afternoon, over-the-moon happy new owner of 25 wild ponies and all I had to do was to find out where to place them. 🤔

At the moment they were safe at the farmers property, but that was a costly version as he had to charge me the normal agistment fee x 25 !

But first things first, an important step had to be done: the castration of the seven stallions in the herd! We found out that all the twelve mares in the herd were pregnant, and the seven stallions had been kept already separate in a very small yard. So I tried to organise a vet as quick as possible to be able to get the boys out of this terrible confinement and back with their herd.

Have you ever seen a wild stallion at the peak of his years? Now imagine this times seven plus the stress under which they were, all confined with their rivals and away from their girls they were supposed to protect.

That’s what the brave vet faced who agreed to come and do the job. But he wasn’t faced at all. He turned up with his crew on Tuesday morning and went to work, turning seven beautiful stallions into had-to-be geldings.

I was amazed at the power in these not even full sized horses, at some point I thought the cattle crusher we had to use was going to break under their hooves!

But all went well, until we had done the last of the seven, a beautiful white boy, and realized that he had a massive wound above his hoof and his tendeons were cut. It must have happened during one of their fights, and the vet declared that he most likely never would be able to walk on this leg and that he recommends to have him put down. Everyone present agreed with him, but the decision was with me, and I clearly stated that I wanted to give him a chance.

The farmer told me that the boy seemed to be very clever as he was the last on the truck coming to his place, the last into the holding pen and now the last to be captured for castration, so I got my first pony with a name: LAST. And you will see his story wasn’t finished there.