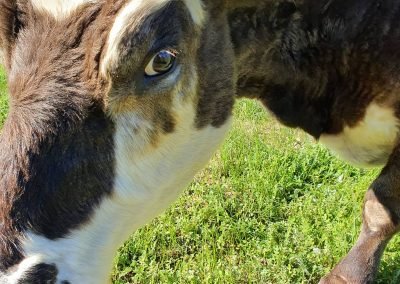 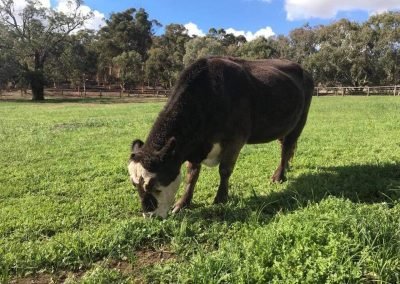 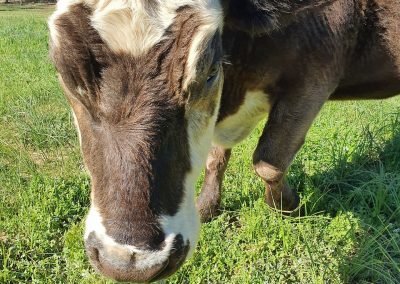 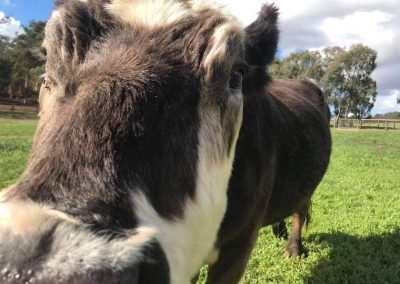 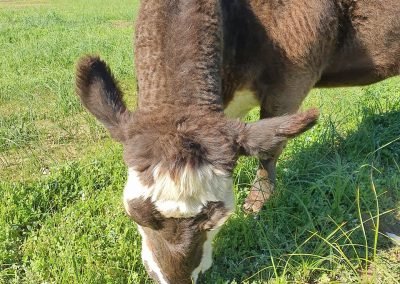 About a month ago a sweet cow girl named Velvet arrived at SOULS AND STARS SANCTUARY. Her human cared and looked after her for twelve years, buying the then six month old heifer, supposed to be ending as meat, to love 🤎 as a pet instead.
Then the human’s wife died, and the situation became difficult and unpredictable.
So Velvet’s human did the best thing he could to find another loving home for her, and reached out to us.
On a sunny autumn day, Velvet arrived after a two hour ride 🚛. Having lived in a little yard all her life, we decided this time to give her room to roam.
We unloaded her in excitement on one of our 20ac paddocks, watching her getting out of the trailer hesitantly and exploring the place that now was her home.
And from then on everything went exactly the opposite as I expected. 😔
When we checked on her the first time after her arrival, bringing her hay for dinner, we found her in the furtherest corner of the paddock, where she nearly jammed herself between the fence and a line of trees. And there she stayed for the next days, obviously recreating her environment she lived in for 12 years, scared of the open vastness we had offered her with the best intention.
And, worst of all, she refused to eat.
So, after a few days, we decided to take her down to the shelter and lock her in a small area, very similar to the one she came from.
Also we asked our vet to come out and examine her to make sure we wouldn’t miss an underlying physical problem.
Nothing was found, and we all agreed that what we are dealing with is a severe form of grief in a very sensitive being.
Days went by, and all that Velvet would eat was a few carrots🥕, way too little for a big animal like her to survive on. We tried pears and apples, with mixed success, and hay and grains she ignored completely. Even our dam water she refused to drink, but luckily accepted the rain water.
Then Kristin, who took over Velvet’s care, had the great idea to try fresh grass from the garden. The gentle girl had already lost a lot of weight, and it was a wonder she was still going on barely anything.
If Velvet was grieving, may be it would help her knowing that her owner was still around, and so we asked him to please come up and talk to her before it would be too late.
And – what a relief – it worked! 👏 For half a day he sat with her, and he brought up the hay she was used to, a big box of apples she used to like, and a shirt so he could leave some of his smell for Velvet’s comfort.
For a few days she accepted a bit of hay but mainly the fresh gras, together with carrots, apples and zucchinis, until we finally saw her out of the shelter, on wobbly legs enjoying the sun and the grass around her.
Never in my years rescuing animals have I ever seen a being who nearly gave up living out of free will. I knew that cows are known to be sensitive, but I still can’t believe the extend to which this is true.
Yesterday, five weeks after Velvet arrived, we decided that she is now strong enough (she even loves her grain bucket now 😀)
to explore all of the area around the house, and that means finally meeting the black boy who was mooing out for her since the start.
More about this meeting in my next post 😊